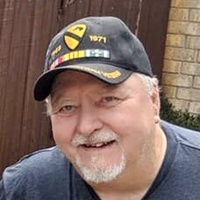 Gary was born on June 26, 1943 in Oklahoma City, Oklahoma to Frederick Conover and Elva Jacobson. He was a graduate of Northwest Classen High School, Oklahoma City.

He was called to serve a LDS mission in the Northeastern British Mission. After returning home, he studied Journalism at BYU.

Gary was drafted to the Army to fight for his country in the Vietnam War. He returned home after being wounded in 1967, receiving the purple heart medal.

He went back to college where he met and married his sweetheart, Terrie. He graduated from Southern Utah State College with a degree in Journalism. They moved from place to place, finally making their home in Cherry Creek where they raised sled dogs to race for about 14 years. His 3 dog team was ranked the second best team internationally two years in a row.

He was a published author of two books about his experiences in Vietnam and maintained a website helping veterans overcome traumas they suffered after returning from war.

Gary loved to dance and sing and was an actor in the Malad Theater Guild for many years. He also was a member of the Malad Community Choir.

Gary was happy to share his life stories and kind to everyone he met. He will be missed by all who knew him.

He is survived by his wife of 49 years, Terrie Jacobson; Four children, Brian Jacobson, Matt Jacobson, Lindsey Jacobson, and Melanie (Sky) Hodgkin; 2 grandchildren, Tristan and Trinity Hodgkin; and his sister Vickie Howell and her family. He was preceded in death by his parents and two brothers.

Services for the family will be held on Monday, December 7, 2020 at 12:00 noon in the Horsley Funeral Home, 132 West 300 North, Malad, Idaho. Burial and Graveside Services with military rites will follow in the Cherry Creek Cemetery at 1:00pm.