WASHINGTON, D.C. – The U.S. Census Bureau says that the American family “ain’t what it used to be.” 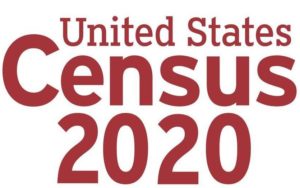 The number of American parents with children declined by about 3 million in the past decade, according to the Census’ annual America’s Families and Living Arrangements report issued on Tuesday. That study lists the number of families with children in 2020 as 63.1 million, down from 66.1 million a decade ago.

As recently as 2000, nearly 50 percent of all American families had children. That percentage had dropped to 44 percent by 2010 and currently stands at 40 percent.

Census analysts attribute that trend to a national decline in fertility rates and an increase in the median age of marriage for both American men and women.

Those trends can even be found in Utah’s recent population statistics, according to data from the Kem C. Gardner Policy Institute at the University of Utah.

Utah has long held legendary status as having the highest fertility rate in the nation. Since 2014, however, Utah’s birth rate has fallen to fourth place behind North Dakota, South Dakota and Alaska.

Utah’s population growth has traditionally resulted from the state’s birth rate, which was as high as 4.3 children born per each woman in ages 15-44 in 1960. Emily Harris, a demographer with the Gardner Institute, says Utah’s birth rate is now 2.026, which is not sufficient to maintain natural population increase of births measured against deaths.

While Utah’s population jumped by more than 1.5 percent in the past year, nearly 50 percent that growth of about 53,000 people came from in-migration from neighboring states rather than native births.

Census analysts report that the median age at which Americans to marry nowadays is 30.5 for men and 28.1 for women. Moreover, the Census’ most recent counts indicate that 33 percent of American adults are now unmarried.

Here in Utah, the median age of marriage is now 26.2 years of age for men and 24.2 for women. While those are the lowest ages in the nation, they are still a far cry from Utah’s traditional median marriage ages of 22 for men and 20 for women, which were the norm as recently as the 1980s.

Analysts at Gardiner Institute don’t regard those fertility rate and marriage statistics to be anomalous, but rather stable changes that aren’t likely to be reversed in the future.