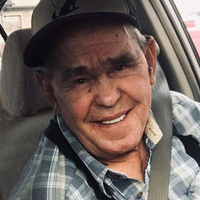 Kirkland Jay Clements, 80, of Bancroft, Idaho passed away at his home on Tuesday, December 1, 2020.

He was born on December 13, 1939 in Rexburg, Idaho the son of Silas Prentice and Sarah Mock Clements.

He was raised and educated in Rexburg until 1962 when he joined the U.S. Army where he spent two years in fort Hood, Texas. He returned to Idaho after an honorable discharge. He then spent the next few years as a long-haul truck driver. In 1968 he marred his wife Linda and they made their home in Sugar City, Idaho where they had two children, Angela and Bryce. Later they moved to Franklin County where their third child Spencer was born. In the spring of 1974 when Spencer was six months old they moved to Bancroft, Idaho where they lived until his passing.

He was a lifelong member of the Church of Jesus Christ of Latter-Day Saints where he held the Melchizedek Priesthood. He was endowed and sealed to his wife Linda in 2002. They just celebrated 52 years of marriage this year.

He proudly supported and participated in scouting activities and campouts. He also helped for a number of years with the Bancroft Pioneer Days Lions Club Breakfast.

His favorite things were camping, fishing, traveling and site seeing with his wife, especially to the Oregon Coast. He also enjoyed visiting with friends and neighbors and it was a daily routine. He was extremely proud of his children but most of all his endless bragging about his 18 grandchildren and 11 great-grandchildren.

He is survived by his wife Linda McFarland Clements of Bancroft, Idaho, two sons, Bryce and Heather Clements of Cokeville, Wyoming, Spencer and Sheila Clements of Montpelier, Idaho, and a daughter Angela and Chris Edgar of Meridian, Idaho, and also 18 grandchildren and 11 great-grandchildren, one brother, Gary and Echo Clements of Sugar City, Idaho, and a sister-in-law Dorthy Clements of Idaho Falls, Idaho. He was preceded in death by his parents and a brother Edgar Clements.

Services will be held on Monday, December 7, 2020 at 12:00 noon at the Bancroft LDS Chapel, 355 South Main Street, Bancroft, Idaho. Burial will be at the Bancroft Cemetery with Military Honors.