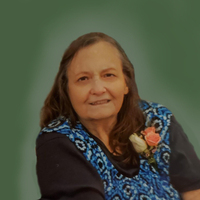 Carolyn Munns Jensen, 76, of Idaho Falls, Idaho passed away Sunday, November 29, 2020 at her home after a short battle with cancer.

She was born December 5, 1943, in Coalville, Utah, to Reed Abel Munns and Ruth Ellen Stacey Munns.  Her father was stationed in Texas while serving in the US Army during WWII at the time of her birth.

Carolyn spent her early childhood in Woodruff, Utah with her mother and maternal grandparents.  After the war, the family moved to Washington Terrace, Utah, where her father worked at the US Army Depot in Ogden.  When she was 2 years old she was diagnosed with Spinal Meningitis which left her spine weakened. When she was 5 the family moved to Bear River City, Utah.  Carolyn grew up there and attended schools.

In the fall of 1951, just after Carolyn entered the 2nd grade, she caught Polio from a boy in her class.  She had a very bad case and was sent to the hospital in Ogden for several months.  Here she was soon joined by her four-year-old brother Jerry.  She comforted and helped the nurses care for her brother and the other children as best as she could and made many friends. With the help of a back brace, leg braces, and crutches, Carolyn was able to walk again the following Spring and was able to rejoin her class the following August entering the 3rd grade.

In August 1953, Carolyn was admitted to Primary Children’s Hospital in Salt Lake City, Utah, as she was no longer progressing from the effects of polio.  She spent most of the next four and a half years at Primary Children’s where she received numerous experimental treatments and operations.  After one of her back surgeries she was put in a full body cast from her neck to her toes for 13 months. Through it all Carolyn remained cheerful, recovering fast, and was able to keep up with her school and church work.  Carolyn was an inspiration to many during these difficult years of treatments and hospital stays.

In 1962 Carolyn graduated from Box Elder High School in Brigham City, Utah. Despite all the time spent in hospitals and at home recovering she was able to stay current with school and graduated fifth in her class academically.  She was awarded the Sandy Neninger Award for the student who made the most out of school and was given a standing ovation.

That fall she started school at Utah State University in Logan, Utah studying Mathematics.  While there she met her future husband, Alfred “Fred” Jensen in a class they took together.  After Fred graduated he moved to Madison, Wisconsin to attend graduate school, so they wrote letters back and forth for a time.  They were married June 18, 1964 in the Logan Utah LDS Temple.  After their marriage they made their home in Madison, Wisconsin while Fred attended school and Carolyn worked as a secretary at the University of Wisconsin.

While in Wisconsin Carolyn tripped on a rug and fell over a chair causing a laceration in her liver that resulted in major internal bleeding.  She was put in the ICU and given a 50/50 chance of survival.  She made a full recovery.

After graduate school they settled in Moscow, Idaho, where her husband began his teaching career at the University of Idaho.  Carolyn worked hard to supplement the family income and ran a daycare in her home for nearly 20 years.  She tended and cared for countless children during this time.  She was also an excellent typist and, in the evenings, and into the early hours of the morning, did typing for various businesses and edited and typed dissertations for graduate students.

During the 1980’s she was awarded Mother of the Year for the City of Moscow. After the birth of her 6th and youngest child she suffered a massive stroke and was given little chance of recovery by doctors.  She did recover with the help of family, friends, and church members who helped her with various types of therapies. When her youngest child entered elementary school, Carolyn went back to school herself and obtained a Bachelor’s Degree in Child Development from the University of Idaho.

She became a licensed social worker and worked for Disability Action Center as an independent living specialist.  She was also a case manager for several businesses in the Moscow area.  She helped many people with developmental disabilities, physical disabilities, and those with mental illnesses.  She served on the Idaho State Board for the National Alliance for the Mentally Ill (NAMI).  She worked with members of the Idaho legislature on behalf of people with disabilities and was an advocate for them.  She also met with National leaders in Washington D.C. and while there marched with others in a rally to help people with disabilities and mental illnesses obtain better health care and services.

In January 2005 she and her husband moved to Idaho Falls to be near her daughters.  She worked for several businesses in Idaho Falls as a social worker until she retired a few years later.  In 2011 she was diagnosed with breast cancer and with the help of treatments was able to beat it.

She enjoyed spending time with her children and grandchildren, playing games, doing puzzles, reading, indexing, genealogy, and gardening.  She also enjoyed going for “walks” around the block, with her grandchildren riding on her lap. She especially loved children and always took time with them when they were curious about her wheelchair and would explain to them why she needed it.

She was an active member of the Church of Jesus Christ of Latter-Day Saints and held many callings including working in the primary, relief society, and young women’s organizations.  For the last 10 years she served as a primary teacher and loved the children she taught.

She had many health challenges and faced each one with courage, strength, and quiet determination.  She was always kind and gentle and never once complained about her life or struggles.  She wanted others to see her first as a person before they saw her disability.  Her family quickly forgot she even had a disability and grew up thinking moms just came with crutches and wheelchairs.

She was preceded in death by her husband Fred of 52 years; her parents; a brother, Alan R. Munns; and four grandchildren, Elizabeth, Isabella, Beau, and Asher Jensen.

Due to COVID-19 a private family funeral service will be held at 11:00am Friday, December 4, 2020 at the Thunder Ridge 1st Ward Chapel, 4459 John Adams Parkway, Idaho Falls, Idaho with Bishop Steve Boyle officiating.

Services will be live-streamed for the public at facebook.com/coltrinmortuary.

A private family viewing will be held Thursday, December 3, 2020 from 6:00 – 8:00pm and one hour prior to the services at the church. Interment will follow in the Iona Cemetery.

Condolences and memories may be shared with the family at Coltrin Mortuary.