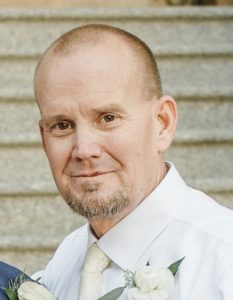 He was born October 10, 1972 in Ogden, Utah to proud parents, Scott J. Heseltine and DyAnn Garside.

Jason attended Roy High School where he made many memories and many lifelong friendships. After graduation he worked various construction jobs.

He married Mindy Jo Beus September 1994 and they had two wonderful boys together, Jason Cooper and Coby Dean. They were later divorced.

In March 2004 he married Tonia Miller and they welcomed Parcur into the family. They later divorced.

He has enjoyed many years with his fiancé Misty Mund Burbank and her two boys Cooper and Cash.

Jason enjoyed the outdoors; fishing and bird hunting were some of his passions. He loved his hunting dogs Tuff and Caesar. He was a big fan of the Dallas Cowboys. He enjoyed spending time with his friends and family. He had a laugh that was contagious, and he gave the best hugs. He had a heart bigger than life itself. He had many friends and he made each one feel special.

Jason spent many years operating cement pump trucks, backhoes and anything else they would let him operate. He was well known for his work.

Know that you are loved Jason and will be loved for the rest of time and beyond.

Due to COVID-19 masks are required and following social distancing.

We wish to acknowledge with deep appreciation the many expressions of love, kindness, and support shown to us from family and friends during this very difficult time.

We would also like send a special thank you to Frontline Concrete Pumping and RC Recycling and the many others that have donated.

In lieu of flowers the family has requested donations be made to this GoFundMe that has been set up to assist with funeral expenses.