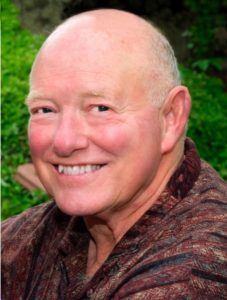 Narl was born on June 3, 1940 in Ogden, Utah to loving parents Wilson Allen and Helen Shaw. He passed away peacefully at home on November, 23, 2020.

He grew up in Huntsville, Utah next door to his favorite grandparents G-Pa and G-Ma Allen helping on the farm, fishing and hunting often.

He went to Quincy Elementary, later going on to Lewis Jr. High and then to Bountiful High School where he learned to play the trumpet and enjoyed marching in the Ogden Pioneer Days parade and rodeo, a skill he really enjoyed teaching his grandson, Lance later in life. He spent many summer days in the heat at Lagoon with friends.

Over the years Narl worked at various jobs and most all of them involved working on, painting, or repairing cars. He worked on his own and helped many other people fix theirs. There were always people stopping to chat and have him help with their vehicles. He loved it!

He also ran auto parts stores in Ogden, Logan, Rexburg, Idaho and Jackson Hole, Wyoming. Later, he ran his own body shop in Ogden Utah for many years.

Narl discovered and loved his work with the Church of Jesus Christ of Latter-Day Saints As a church service missionary. He and Jolene served three missions between 2005 and 2019 at the River Parkway ward in Ogden and the Valley Rehabilitation Camp in Liberty where they grew to love many who they served and became great friends with friendships that have lasted through the years.

Narl loved fishing, camping, snowmobiling riding, motorcycles and playing with old cars, all while working and playing side by side with his lovely wife and family. He loved teaching anyone and everyone, including his beautiful daughter how to work on and repair their own cars. He loved spending time with his amazing boys and his grandchildren in the shop, sharing his knowledge and skills with them.

Narl had a love for life, family, and friends that knew no bounds and everyone he ever met became a lifelong friend. He was working in his shop and helping others right up to the last days before his passing.

Narl is survived by his loving wife, Jolene, his son Brad (Catherine), daughter Narlene (Mike), two special friends from England who were attending school at Weber state, Sara (Kim) Warner and Nadine (Phil) Howe and became “adopted” daughters, 10 wonderful grandchildren, and 5 wonderful great-grandchildren. He was preceded in death by his parents and his son Troy.

Due to the COVID-19 season, the family is holding a private family service at this time. However we know many would like to offer memories so Please save the date, June 1, 2021 at 5:30pm in the Huntsville Cemetery for a follow up special Memorial Service.

In lieu of flowers please make donations to Valley Recreation and Rehabilitation Camp (Valley Camp) where they served as missionaries. Donations may be mailed to Gillies Funeral Chapel, PO Box 704, Brigham City, Utah 84302. You can also make a donation by calling, 435-723-5236. Please include your contact information and email.