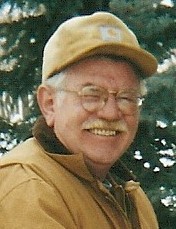 Dennis Donald Bingham passed away on November 20, 2020 in Salt Lake City from a stroke.

He was born in Ogden, Utah on February 27, 1945 to Lester Donald Bingham and Norma Ruth Todd. He graduated from Clearfield High School.

He married Janet Flint on January 21, 1967 in Syracuse, Utah. They lived in West Point, Utah and raised two sons. Janet passed away in 1991.

Dennis worked at GSA at Freeport Center. That led to a career at HAFB.

He later married Barbara Williams Hollingsworth on August 23. 1995. They lived in Uinta and Sunset, Utah before moving to Malad, Idaho.

Dennis was preceded in death by his parents, his wife Janet, sister Kathleen Huff, and brother Michael Bingham.

He will be known for his love for his family, fishing, hunting, and his delicious Dutch Oven hams on special occasions.

Upon his request, no viewing or service will be held.