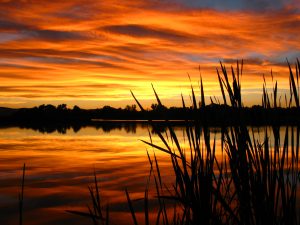 Carver Gager Kennedy passed away November 12, 2020, after a long and fulfilling life.

He was born in Pittsburgh, Pennsylvania, on January 26, 1930, to Daniel Carver Kennedy and Mildred Gager Kennedy.

Carver graduated from Murphy High School in 1948 and continued his education at Auburn University, graduating in 1952 with a degree in mechanical engineering.

While at Auburn, Carver met the love of his life, Martha McQueen, the Sweetheart of Sigma Chi. After graduating from Auburn, Carver entered the Army as an officer at Fort Monmouth, New Jersey.

On October 19, 1952, he married Martha in Shawmut, Alabama, while on a pass from the military. He was then posted to Stuttgart, Germany, with the Army Signal Corps as a lieutenant. Martha took it upon herself to join him, traveling to Stuttgart without Carver’s knowledge, making sure the commanding officer knew who was in charge. Carver and Martha lived in the German post-war economy until 1954. He received the Army of Occupation Medal and the National Defense Service Medal for his service.

Upon his discharge, Carver and Martha moved to Mobile where he briefly worked on an oil rig. He soon accepted an engineering position with Pratt and Whitney and moved to Hartford, Connecticut. While in Hartford, the couple welcomed their first child, Daniel Kennedy.

Carver was presented with the opportunity to help with the country’s space exploration efforts and accepted a position at Thiokol in Brigham City, Utah. Carver’s time at Thiokol was spent working on rocket booster programs that included Minute Man, the C-4 Trident, D5, Poseidon Missiles, and what became the Space Shuttle, taking a leadership role as Thiokol landed the government contract.

In 1966, Carver and Martha welcomed their second child, a baby girl, Laura. In Brigham City, the Kennedy’s worked and shared their lives with many extraordinary people. They made many lifelong friends that shared their joys of skiing, hunting, and raising a family. Many young boys from Brigham City developed a love for raisins thanks to coach Kennedy. Carver could often be found behind the wheel of his International Travel-All, affectionately called Igor, carting kids to baseball and football practice, or up to Beaver Mountain Ski Resort.

As the Space Shuttle program moved forward, Carver was promoted to vice president of space operations at Thiokol and transferred to Kennedy Space Center in Florida. He oversaw all aspects of the solid rocket booster stacking and recovery processes. After the Space Shuttle Challenger disaster, Carver was selected to head the re-design of the solid rocket boosters and temporarily relocated to Brigham City to oversee the operation.

When Discovery was launched in 1988, he returned home to Florida. For his service to NASA and the country, Carver was awarded the NASA Exceptional Public Service Medal in 1988. In 1989, NASA astronauts honored him with the Silver Snoopy Award, in recognition of excellence. Carver was named a Distinguished Auburn Engineer by the Auburn Alumni Engineering Council in 2000.

The end of his career at Thiokol did not end Carver’s love of learning. With a new home base of Atlanta, Georgia, Carver and Martha spent many years traveling to Europe, Asia and all around the United States. Carver’s love of history took him on many adventures to World War II battlefields, bases, and museums around the world. Carver and Martha found a love for all things Shakespeare, attending Shakespeare productions in England and, annually for 40 years, the Utah Shakespearean Festival in Cedar City.

Carver’s love of history led him to examine his own family roots back to Scotland. He became the clan genealogist and southern chieftain for the Kennedy Society of North America and was an avid participant in Scottish highland games throughout the southeast and in Utah.

Carver is preceded in death by his parents, Daniel Carver and Mildred Gager Kennedy, and sister, Patricia Kennedy.

Carver leaves behind his loving wife of 68 years, Martha Kennedy, as well as his children and grandchildren. Daniel and wife, Ellen, live in Salt Lake City, Utah near their sons, Alexander and Graham. Laura and husband, Edgar, and daughter, Carly, live in Atlanta, Georgia. Nieces Jenny, Holly, and Mary McQueen, as well as their families, live throughout the Southeast. In addition to family, Carver leaves behind many treasured friends and neighbors who he adored greatly.