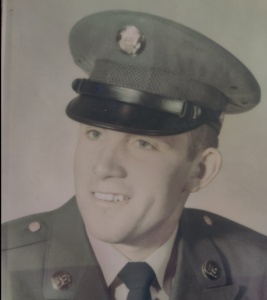 Noland Ray Olsen “Noly” returned to his heavenly home November 19, 2020 to be reunited with his parents, beautiful wife Janet and youngest son Jesse.

He was a graduate of Sky View High School and loved playing softball all over the valley.

During his time in the Army, he was nicknamed “curly”. He loved this country deeply and served in Vietnam proudly.

After his military service, he returned home to his family farm. Noly had 2 great loves of his life, his farm and his beautiful wife Janet, which he lost sadly in May of this year.

Anyone that knew Noland knew how incredibly knowledgeable he was when it came to farming. Many would seek him out for advise. We will all never forget the legacy he created and left with the Bar O Bar brand and Noland R. Olsen and sons farm in Young Ward, Utah.

He is survived by his children, 17 grandchildren, 9 great-grandchildren, and 2 siblings. He was preceded in death by his parents, his wife Janet, son Jesse, grandsons Calvin Olsen, Bailand Johnson and son-in-law Kris Kunz.

A special thanks to health/hospice nurse and family friend Holly that took care of mom and dad for so long.