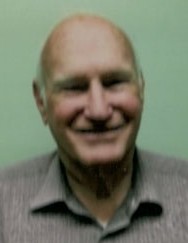 Mark was born October 15, 1941 in Preston, Idaho to Nels Christian Jensen and Wanda Christina McKenzie of Glencoe, Mink Creek, Franklin County, Idaho. He was the second child and first son in a family of five siblings: 2 girls and 3 boys. Mark grew up on the farm in Station Creek with his parents and siblings, grandparents, uncles and aunts, and many cousins and friends.

He attended elementary school in Mink Creek, Idaho and High School in Preston, Idaho. He graduated from Preston High School in 1959, and then served 4 years in the United States Marine Corps at Camp Pendleton, California.

Mark was a member of the Church of Jesus Christ of Latter-Day Saints and was very pleased when he had the privilege of baptizing his father, Christian, into the Church on March 13, 1965. It was a wonderful day for all the family.

On November 19, 1965 Mark was married in the Logan Temple to Joan Kendall of Oxford, Idaho. They became the parents of three daughters: Dianna, born 1967; Sherry, born 1970; and Camille, born 1973. Mark and Joan lived in Mink Creek, Idaho; Lava Hot Springs, Idaho; and Roy, Utah, raising their family. Later, Mark and Joan were divorced.

Mark worked at various jobs but mostly for Mountain Fuel Gas Company in Ogden as a land surveyor. He surveyed much of the right of ways for the company’s gas lines into Southern and Central Utah as well as many residential rights of ways.

Mark loved going to Alaska hunting and fishing with Joan’s uncle. On one of those fishing trips, he landed a huge king salmon, which he had mounted on his wall and wanted everyone to know about. He was very proud of it. No one visited the Heritage Home without being invited to “see his fish”.

Mark was preceded in death by his parents. He is survived by Joan, his daughters: Dianna (Jon) Watts; Sherry (Mark) Hafterson; Camille (Kent) Williamson, and a granddaughter, Morgan Hafterson. He is also survived by his sisters: Zina Davis of Lehi, Utah; Joyce Stark of Island Park, Idaho; his brothers: Clifford (LaDawn) Jensen of Mink Creek, Idaho; and Craig (Laura) Jensen of Preston, Idaho, and many nieces, nephews, and cousins.

Immediately after the funeral, burial will take place in the Preston City Cemetery with Military honors.