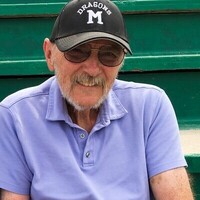 Don graduated from the University of Utah and taught Mathematics and PE in Tooele and Salt Lake City School Districts. He married Joan Carol Goff October 10, 1973.

Softball was Don’s one true love in his lifetime. He played ball and coached in Salt Lake and Malad, Idaho after retirement. Don worked as a statistician for Larry Miller’s Men’s Softball team and enjoyed being in their company. He greatly enjoyed the times he was able to travel with the team.

Don was proud of being inducted into the Utah Softball Hall of Fame in July of 2016.

He is survived by his wife and children Michael (Amy) Young and Amy Young (Sean Seamonds) and two granddaughters, Sierra and Ava Young. His brothers Corrie, Brian and Rodney Young and sister Jan Busk.

He was preceded in death by his parents and brother, Roger.