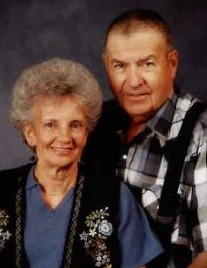 He was born on November 28, 1932. He was the youngest of 7 children born to Charles Edward Hess and Pearl May Nish.

On March 21, 1962 he married the love of his life, Edna Asenath Archibald in the Logan LDS Temple. He lived in East Garland, Ogden, and made his home in Plymouth, Utah.

He worked as a mechanic, a millwright, and retired from Nucor Steel.

Norris was a member of the Church of Jesus Christ of Latter-Day Saints and served as a home teacher. His hobbies included mechanics, hunting, dancing, and remodeling when Edna would knock out walls.

Norris is preceded in death by his parents, wife Edna, daughters Jana Lee and Jamie Marie, and his siblings.

He is survived by his children LeAnn and Craig Young, Rodney and Jean Hess, Janiel and Allen Love, Shane and Stacey Hess, Jeremiah Hess, 8 grandchildren and 26 great-grandchildren with one on the way.

The family would like to thank Rocky Mountain Home Hospice. Especially Heidi May and Teagan Beecher, and the many family friends who helped check in on Grandpa when needed.

The funeral service will be livestreamed by clicking here.