Officials of the state’s Department of Health reported 2,517 new cases of COVID-19 on Tuesday, an increase of 270 cases over the count of 2,247 a day earlier. 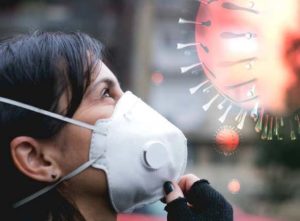 The number of Utahns hospitalized by COVID-19 declined slightly since Monday to 435, down from 444. The dip can hardly be considered good news, however, since the majority of that decline is attributable to the deaths of 11 coronavirus patients overnight, eight of whom were hospitalized.

Tuesday’s case increase brings the total number of Utahns who have tested positive for the coronavirus to more than 137,000 since the outbreak began in mid-March.

During a press conference Monday, Utah health experts supported Gov. Gary Herbert’s denial that his newly imposed statewide health restrictions were politically motivated. Instead, they stressed, the new guidelines were necessary as a result of overcrowding in Utah hospitals.

While Utah still has adequate facilities in terms of hospital rooms, the governor insisted, medical professionals statewide are reaching the limit of their capacity to treat new patients.

Utah’s physicians and nurses are already working overtime to cope with the recent statewide doubling of COVID-19 cases, according to Dr. Tom Miller of the University of Utah Health System.

Dr. Mark Briesacher added that the Intermountain Healthcare System has resorted to borrowing nurses from New York in the face of its rising workload.

Herbert explained that Utah had previously been accepting intensive care patients transferred from Nevada, Idaho and Montana, but that is no longer possible given the state’s skyrocketing coronavirus infection rates.

The emergency measures announced by Herbert on Sunday are a statewide mask mandate; a ban on all casual social gatherings with anyone other than immediate family members; a postponement of all sporting events and extra-curricular activities with the exception of playoffs, championship games and intercollegiate athletics; and an enhanced regimen of COVID-19 testing and contact tracing.

The increase of 2,517 cases on Tuesday boosts Utah’s rolling seven-day average for positive COVID-19 tests to 2,554 per day.

As of Tuesday, more than 1.18 million Utahns had been tested for the coronavirus. The state’s rolling seven-day average for positive testing is now 21.9 percent.

Of the 11 new deaths reported by state officials Tuesday, none were in the local Bear River Health District. That figure brings the total death count in Utah since the start of the pandemic to 672.

Of those new fatalities, five were aged between 64 and 84, three were 85 or older, two were between 45 and 64 and one was between 25 and 44. Eight of those victims were hospitalized at their time of death, one was in long-term care and another was not hospitalized. The status of the final victim was not reported.

Four of those fatalities were reported in Salt Lake County, three in Utah County, two in Wasatch County and one each in Davis and Washington counties.

Here in the Bear River Health District, officials reported 97 new cases of COVID-19 on Tuesday, which represented only a slight increase over the 93 new cases reported a day earlier. Of that number, 59 new cases were in Box Elder County, 37 were in Cache County and 1 was reported in Rich County.

The most recent Idaho data indicates there are 74,227 confirmed COVID-19 cases so far in the state, up by 1,266 new cases overnight. Since the beginning of the pandemic in mid-March, 426 residents have tested positive for the coronavirus in Franklin County, 115 in Bear Lake County and 81 in Oneida County. There have been 698 COVID-19 deaths in Idaho, an increase of 12 fatalities overnight.