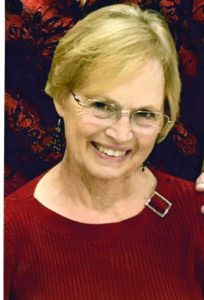 Iris Emily Chamberlain Bingham returned to her heavenly home peacefully Thursday October 22, 2020 surrounded by loving family. Though she will be sorely missed, she leaves a legacy of love, tenderness, and faith. This legacy of love and tender care can be seen in her family and friends.

Iris was born April 20, 1950 in Rupert, Idaho to Jack and Etta Chamberlain. She was the 6th of 8 children. She was raised on her parent’s farm near Declo, Idaho.

She attended school in Declo where she met the love of her life, Larry Bingham. They were married in Smithfield, Utah on January 28, 1967 and promptly moved to Pacific Beach, Washington, where Larry was station in US Navy. They were sealed for time and all eternity on January 29, 1973 in the Salt Lake Temple of the Church of Jesus Christ of Latter-day Saints.

They later moved to Montpelier, Idaho until being called to serve in the Nagano Japan Mission for The Church of Jesus Christ of Latter-day Saints. After returning to Montpelier they had the opportunity to serve a second mission as camp host for Camp Ho-Nok. After these missions they settled into a pattern of summers in Montpelier and winters in Tucson, Arizona.

While living in Eugene, Iris discovered what was to be her true passion, quilting. She became a true artist as a quilter, making numerous award winning creations. Everyone of her children and grandchildren has a Gma Bingham quilt. At last count she had made near 300 quilts, which are all much admired and loved by all.

Iris is the loving mother of 5 children, who are all scattered from northern Washington to southern California and Indiana. She has a legacy of 23 grandchild.

Iris is survived by her husband of 53 years, Larry R. Bingham; her five children, Shane R. Bingham (Stacie), Tina D. Workman (Matthew), Aaron V. Bingham (Anna), Amber R. Wright (Christopher), and Jared W. Bingham. As well as, five of her siblings, Marietta Waddoups, Laura Davis, David J. Chamberlain, Dennis Chamberlain and Ruthann Chamberlain. She has a host of grandchildren who remembers Gma Bingham as their fun pal that would make snow angles and climb falls with them. She was preceded in death by her Mother and Father Jack and Etta Chamberlain, two brothers, Philip Chamberlain and Karl Chamberlain.