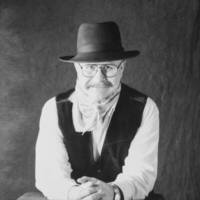 Narrvel was born in Malta, Idaho to Leonard Elwin Hall and Pearl Adeline (née Zollinger) on January 30, 1940.  He was raised and went to school in Malta.

He married his high school sweetheart, Jeanmarie Miller, on September 12, 1963 in the Logan, Utah temple. Narrvel said of his wife, “Jeanmarie…has patiently endured my idiosyncrasies for over 50 years of marriage and has, less patiently, but with unfailing grace tolerated my occasional clumsy attempts to make her the subject of my musing and scribbling.” Their romance was a favorite subject of his cowboy poetry, highlighted in his poems “The Prom” and “The Flight of the Red Nymph,” from his book The Snow Horse: A Round Up of Western Poetry.

Narrvel practiced as an attorney in Salt Lake City, Utah, for over 52 years, first as a partner at Fabian and Clendenin from 1967 to 1981, then as a partner at Ray, Quinney and Nebeker from 1981, where he served as Chair of the Tax Section of the Utah State Bar, Chairman of the Salt Lake Estate Planning Council and as a member of the Board of Trustees of the Mountain States Pension Conference. He has served on the boards of Trustees of a number of charitable and cultural organizations, served on the board of the Foundation for Hospice – Northern Utah, and the Oneida County, Idaho Planning and Zoning Commission.

Narrvel was active in his church and has served in numerous positions.

He and his wife, Jeanmarie, have five children and 13 grandchildren, and four great-grandchildren. They have, mostly, enjoyed life on their farm, Fox Hollow, in Malad where Narrvel continued his pastimes of raising and training horses, making saddles, painting, writing poetry and whatever else he had time to do between hay crops, as he phased into active partial retirement as a self-proclaimed bad farmer. It was said by a long-time colleague and friend that Narrvel “…was good to the core and wore his life out in the service of others.

Narrvel is preceded in death by parents Leonard and Pearl Hall.  He is survived by his wife and by his five children Kimberly (Jeff) Villiard, Shawn (Kathy) Hall, Darren (Jonna) Hall, Melanie Hall, and Rebecca (Rhett) Reisbeck. Narrvel was also “dad” to many exchange students, cousins, and other children needing a temporary home (which Narrvel would note that they were not all eligible tax deductions, but he gladly cared for).

A graveside funeral service will be held at 1:00pm at Pleasant View Cemetery, 4678 ID-38, Malad City, Idaho, with the Bishop Clinton Bastian officiating.