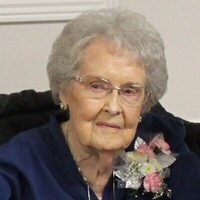 Edith (Patsy) Scott, 90, passed away peacefully Monday, October 12, 2020 due to a long-fought battle with the effects of Parkinson’s disease.

She was born on February 23, 1930 in her home in Samaria, Idaho as the 14th child to John Morse and Ruth Williams Price where she was welcomed into the world by her three brothers: Cleo, John, and William (Bill), and by her eight sisters: Ruth, Verda, Emma Pearl, Mary (Mame), Lucille, Alta, Faye and Ann. A stillborn baby girl and a baby boy (Daniel) came and left this world before Patsy was born. Jerry was the youngest and joined the family to make it complete. Although she was named Edith, her sister Ruth called her Patsy and the name stuck through the rest of her life.

She enjoyed school and won an award for spelling, was the Salutatorian of her class in grade school and was a cheerleader at Malad High School.

Her first date with her eternal companion, Khalil Scott was on Easter of 1947. They were engaged December 25th the same year and married December 2, 1948 and have celebrated 71 wonderful years together.

After getting married, Patsy and Khalil lived in Malad for a short time before moving to Pleasant View in September 1949 where, with the loss of Khalil’s mother in childbirth, they took on the care of three of Khalil’s siblings. Their family grew further with the addition of six children of their own: Tom, Dan, Bryan, Tim, Blaine, and Sherrie.

Patsy worked in the telephone office as an operator running the switchboard and worked at home heath for the Southeast district. She loved to care for the people in their homes and became very close with all of them. She taught each of her children the importance of service to others and they have tried to emulate her in their homes and communities.

Khalil and Patsy worked closely together both inside the home and at Scott Service, in Pleasant View. She supported Khalil in everything that he did and as children we never saw a cross word come from either of their mouths toward each other.

Patsy was very active in her membership with The Church of Jesus Christ of Latter-day Saints and had a strong testimony of the truthfulness of the gospel. She served in many positions in the ward and talked fondly of service in the Primary, Young Women, and Relief Society. Khalil and Patsy always wanted to serve a mission together and were able to do that as Temple Workers in the Logan Utah Temple.

Patsy enjoyed sharing her talents. She loved to write poetry telling the stories of her family, friends, and community around her. She received recognition from the Welsh Festival for a couple of her poems and had a book produced representing the poetry she had written. She has also been recognized for her photography and has paintings that have been shared with the family. Patsy enjoyed dancing the jitterbug when she was younger and won many contests. In her later years, she danced with the Malad Boot Scooters and had some great memories traveling and performing with them.

Funeral services will be held at the Malad Stake Center, 1250 North 1100 West, Malad, Idaho Saturday, October 17, 2020 at 3:00pm. Friends may visit with the family at the Horsley Funeral Home, 132 West 300 North, Malad, Idaho, on Friday, October 16, 2020 from 7:00 – 8:00pm and Saturday immediately preceding the funeral from 1:30 – 2:30pm. For family and community safety, those attending are encouraged to wear face protection and follow community guidelines for social distancing.

The family wishes to express appreciation to those who have been close friends with our mother for many years and have helped care for her. There are countless people who have made a significant impact in our lives and who will be eternal friends. We would list the names, but we are afraid the list would be so long that we would miss one of our dear friends. We want you to know that we love you.