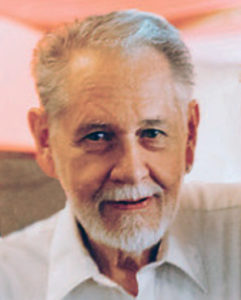 His companion and loving wife of 37 years, MaryEllen, was by his side. The two were inseparable. Henry has three daughters, Kristine Page, Valee Drewes-Brown and Dusk Gray-Sumpter. He has six grandchildren and two great grandchildren, all of whom he was extremely proud of, along with many extended family members and friends. His family was the most important part of Henry’s life and they are all so grateful for the years with him, but will miss him dearly.

He was born October 26, 1927 in Richmond, California but raised in Brigham City, Utah from early childhood to his early twenties. His parents both migrated from Germany to the USA before his birth; Henry Drewes and Magdalena Mertens; both have preceded him in death. His only sister, Esther Leishman also preceded him in death. His brother and dear friend, Vernon Drewes is still living.

Henry loved growing up in Brigham City, hiking the mountains, enjoying friends in school; especially his best friend Arnie Gilbert who also preceded him in death. The two were continuous pranksters in school. They joined the Merchant Marines toward the end of high school during WWII.

After returning from his military service, Henry knew education was a must. He completed high school and then he (along with his best friend Arnie) served a mission for The Church of Jesus Christ of Latter Day Saints. Henry served and loved the Maori people while living in New Zealand.

Returning home Henry attended Utah State University where he completed his BS and Masters. During this time he met and married Marie Moser, his first wife, they were married 23 years. After Utah State, Henry then went on to complete a PhD in Physiological Psychology at Cornell University. He loved education and taught college courses at several universities throughout his life. His intellect, wit and charm were appreciated and enjoyed by many. His passion for using unique words, language and ideas often kept listeners thinking and learning.

After teaching university classes for twenty plus years, Henry ventured into becoming an entrepreneur by opening a fragrance store; Kristine Marie’s Olfactorium, in Cleveland Ohio. The store included a sister business called, Aroma De Terra; essential oils and other holistic oils for wellness. Henry believed hard work was a key component to happiness and a long life; he worked up to the final days of his life. The business has lasted forty years and is still operated by Henry’s wife, MaryEllen Drewes. Years in Cleveland Ohio led to many meaningful relationships with family, friends and business associates.

Spending the day with Henry often included a lively conversation in quantum physics or perhaps a review on the psychology of the body and mind, or even better… taste testing the best dark chocolates of the world. Of course a hike or walk in nature would be included in the days schedule along with a visit to the back room of their store where the mixing of exotic oils and fragrances would take place. The day would end with a uniquely flavorful dinner prepared by his talented wife, MaryEllen. His favorite things; a nature trail by a river, a forest or mountain, a new idea, an old book or new book, the scriptures, the library, his wife, sharing time and talks with his family. Time with Henry was always interesting.

Henry loved adventure and his life was filled with many, now he’s on his greatest adventure yet where he joins his Great Creator and Mediator along with loved ones; a place where Henry will now prepare to greet loved ones yet to follow him home.

A Private family graveside service will be held on Saturday, September 12, 2020 in the Brigham City Cemetery.