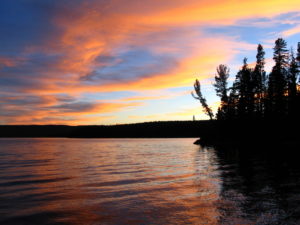 Art is survived by his wife, Ila; son, Sean; and brothers, Peter and Phillip. He is preceded in death by His parents, Frank and Marjorie Atwood, wife, Ann, and his son, Don.

Art was born on July 10, 1943 in Valparaiso, Florida, to Frank and Marjorie Atwood. He married Ann Atwood (formerly Edberg) in 1962. The couple welcomed two children into their home and they raised the children together until their divorce.

Art eventually moved to Orlando, Florida and became a skilled carpenter and school bus driver for Orange County. He drove a bus for the Orlando Lynx Public Bus service from 1997 to 2006. His proudest professional achievement was transporting the athletes around the facilities during the 1996 Summer Olympics in Atlanta. He married Ann Atwood (formerly Austin) in 1986 and they remained together until her death in 2008.

Art moved to Utah in early 2009. He met, fell in love with Ila Helms in 2013. They were married on January 1, 2014, and they remained married and deeply dedicated to one another until his passing.

Art was accomplished at woodworking, a skill that he taught himself. He would often present his works as gifts to family members, and they remain cherished items to the recipients. He was a gentle, kind and forgiving man, who loved his family and who was passionate about his faith, his wife Ila, his family, his woodworking projects, motorcycles, and his Louis L’amour novels. He was a dedicated member of the Church.

No funeral is scheduled, as Art wished for a small gathering of family to scatter his ashes in a private memorial.

The family would like to thank hospice caregivers Collette, Fyre, and Jason and Dr. Ricky Gardner and staff for their efforts, care and dedication.

Condolences and memories can be shared with the family at Gillies Funeral Chapel or can be sent to Ila Atwood on Facebook.