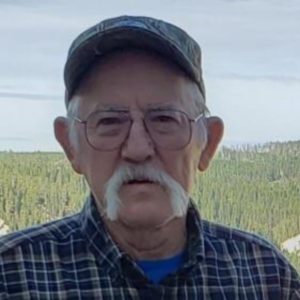 Craig Glen Cox known to his friends as “Moldy,” brother, beloved uncle, father, and grandfather, left this world to join his Lord and Savior on August 18, 2020.

Craig was born on May 28, 1944 in Preston, Idaho to Glen H. and Verdis Cox. Craig was the second born son and truly the instigator in what would be later known as the Cox army. He was raised on the farm in Oxford, Idaho until he was in high school, when his dad moved the family to Pocatello.

After graduating from Pocatello High School in 1963 he joined the United States Army and served his country from May 1965 – April 1968, serving most of his military life in Germany with a tank unit.

After he returned home from the service, he decided to expand his mechanical knowledge by completing an 11-month program at Idaho State University graduating May 1970. He started his working career in Salmon, Idaho as a mechanic. After a year he came back home to work alongside his brother Terry at Hills Brothers as a mechanic.

Upon leaving Hills Brothers, Craig started his career at Union Pacific in 1975 while working at UPRR he completed two Machinists Leadership Schools in Colorado (80’-81’) and continued that education throughout his career with Union Pacific, retiring from the Railroad in 2006.

In April 1979 Craig welcomed his son Andrew Glen Cox into the family. He loved spending time with Andy teaching him how to hunt and fish. On July 2, 2008 Craig was so proud to announce the birth of his grandson Andrew “Ebon” Cox.

When talking to his friends they will all say he was the truest of friend, always there when a hand was needed or an ear to listen.

He had an enormous love for the outdoors including camping, hunting, and fishing, from waterfowl to big game he got involved in many different hunts and fishing trips. He loved his dogs and was excellent at training them, even well enough to run field trials. He could tell you stories for days about hunting with his dogs. When you say dog is man’s best friend it could not have been truer with Craig. To say that he was an avid outdoors person would be an understatement.

Condolences and memories may be shared with the family at Wilks Funeral Home.