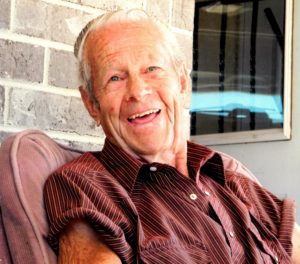 Spencer was born on October 09, 1932, in Preston, Idaho, to George Spencer Rogers Sr. and Hannah Matilda Hanson, one of 12 children.  He was raised in Preston and attended Preston High School. Spencer enlisted in the U.S. Military and was stationed in Boston, Massachusetts, and served during the Korean conflict.

Spencer married Maurine Evans, they were married for over 30 years but divorced in 1992. She later passed away. Spencer never remarried. The couple has one daughter Susan Rogers Atkinson who resides in Preston, Idaho but Maurine had children from a previous marriage that he helped to raise.

Spencer worked as a lineman for Mountain Bell, based out of Ogden for over 20 years, making the commute every day. He later transferred to the Logan location where he after 10 years retired, completing a 33-year career.

He was a very hardworking, outgoing man who loved his friends and family. His favorite pastime was hanging out with friends and socializing with a cold beer.

He loved football, especially the Denver Broncos, and would often work himself into a boisterous vocal frenzy over a game.  He loved to make people laugh and enjoy life. In his younger years, he enjoyed hunting and would often tell stories of those events.

His home and garden where his pride and joy and he was proud of the fact that he had created and built it all himself.  His favorite place to be was out on his patio with his friends, so he will be brought home to the patio for his visitation and friends joining to share a beer and celebrate his life.