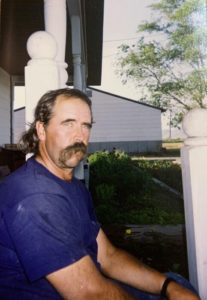 If he smiled, you wouldn’t know him. When the grandkids started coming so did the smiles.

He was born May 22, 1950 in Brigham City, Utah to Grover Neil and Diane Davis Harper. He married Jenny Dell George on June 10, 1968 and they were later sealed in the Logan Temple.

Greg was a farmer his entire career where he ran a dairy farm with his father and brothers and had stock cattle. He enjoyed farming and field work. He was a master at straight haystacks and high piled silage. He also had a great love for horses, rodeo, and was an avid supporter in 4-H and FFA, involving his sisters and his children.

He was an accomplished hunter and held the record for the biggest Utah Bison for many years. Later in life he traded the guns for the camera, shooting phenomenal wildlife shots of family and animals. Greg loved drawing doodling and scrapbooking, making at least one book for each grandchild. He was a very kindhearted soul and would do anything to help anyone but never wanted the attention focused on him.

The family would like to give special thanks to the Corinne First Responders, Law enforcement officers of Box Elder Sheriff’s Department and to Dr. John Markeson for his friendship and care given to Greg.

Due to COVID-19, the family will gather for a viewing on Tuesday, August, 4, 2020 from 9:00 – 10:30am with funeral services to follow at 11:00am at Myers Mortuary, 205 South 100 East, Brigham City, Utah. Interment will follow in the Corinne Cemetery. Social Distance guidelines are suggested. Those wishing to view the service can do so by a live stream that will start at the time of the service can click here.