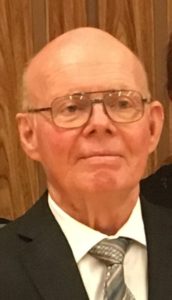 William (Bill) Leon Klippert passed away early Sunday morning, July 26, 2020, surrounded by his family, at the age of 76.

He was born in Preston, Idaho on January 6, 1944, to Myrl William and Conna (Kendall) Klippert.

He became an Engineer for Utah Power and Light at the Naughton Power Plant in Kemmerer, Wyoming, where he spent 32 years before retiring in 2003.

Bill held many church callings but his favorite was serving the past 7 years at the Logan Temple.

We would like to recognize the doctors and nurses of McKay-Dee Hospital and the hospice team members from Cache Valley who were so compassionate and caring. Thank you.

Due to the current state of COVID-19, the family will hold a private family funeral services on Thursday, July 30, 2020. Burial will follow in the Preston Cemetery.