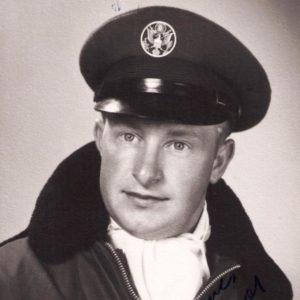 Locke was born on March 13, 1942 to Mary Edna Douthit and Locke Truitt DeHart in Newport News, Virginia where his father was stationed. Following World War II, the family returned to North Carolina. During his teen years the family relocated to Hood River, Oregon where Locke graduated from Wy’east High School.

He enlisted in the U.S. Air Force working as an instrument repairman and was honorably discharged in 1962. His professional career included various positions as an electronics technician, telephone technician, appliance repairman, and HVAC contractor. He installed and repaired many HVAC systems in LDS Church buildings in Oregon and Washington. In 2006 he retired and moved to Benson, Utah, where he lived at the time of his passing.

In 1964 he married Mary Imagene Hearn. During the 16-year marriage they had two sons. In 1980 he married Barbara G. Davis becoming step-father to 5 additional sons. At the time of his passing he had 17 grandchildren and 7 great-grandchildren.

Locke enjoyed hunting, fishing, fixing things, family history, and country music. His generous spirit was shown throughout his life by helping others. He especially loved the residents of Benson and spent his retirement helping neighbors or those in need with home repairs. He also found pleasure in photography and delighted in taking pictures of his wife’s splendid flower gardens and sharing them online.

Locke was a devoted member of the Church of Jesus Christ of Latter-day Saints. He loved Jesus and called on the powers of heaven to bless his family.

A graveside service will be held at a future date in Hood River, Oregon where Locke’s remains will be interred.