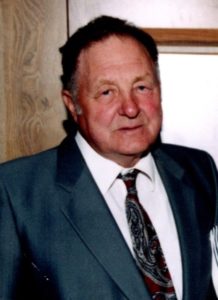 Earl Jepsen Baird, 86, of Dayton, Idaho passed away peacefully in his home from incidents relating to age, on July 19, 2020.

Earl was born on September 17, 1932, in the family home in Mink Creek, Idaho. To William DeLacy Baird Jr. and Lavon Julia Jepsen.

Earl grew up on the family farm working alongside his dad, brothers, uncles, and grandfathers. Learning how to farm using horse teams. He attended school in Mink Creek schools thru grade 10 and then Preston High for the final two.

Earl married Deon Keller, they Had two children Kristi, and Kelly Earl. They were later Divorced. Earl went to Arizona in 1955 looking for work and stayed 21 years. After he met Dixie Lee Hancock in February of 1956, they were sealed in the Mesa Arizona Temple on June 15, 1956 and over the next 9 years welcomed 4 more sons. Kevin Dale, Kim DeLacy, Kris Joseph, and Kerry Lee.

The family moved to Dayton Idaho in 1976 and became Westside Pirates. Earl worked for many years as herdsman of the largest dairy in Arizona, before striking out on his own as a hoof trimmer and salesman of many ag products for the next 45 years. Earl loved cattle.

He also loved Scouting, although not advancing very far as a youth, he worked in scouting for the majority of his adult life being Scoutmaster many times and in 5 different wards, in 2 states. One time in Arizona he, along with the help of his staff took 46 boy scouts on a weeklong self-sustained summer camp. He also served many years on Eagle scout board, woodbadge staff, Junior Leader training staff, and district and council committee. In 1972 we spent a week at Philmont Scout Ranch in New Mexico, as dad was on the committee that revised the official scout handbook. He interviewed hundreds of potential Eagle scouts for more than 30 years as a member and Chairman of the District Eagle board, in both Arizona and Idaho.

He also raised 5 Eagle Scouts and has 8 grandsons that achieved the Eagle rank. He received his 50-year pin and was also awarded the District Award of Merit in 2 states, and was awarded the Silver Beaver. He loved the out of doors, teaching his children and grandkids fishing, hunting and especially bow hunting.

Earl is preceded in death by his parents, his brothers William, Ross, Thomas, Burnell, and sisters Doris, and Roselle. Sons Kelly, and Kevin (Sharon) and infant daughter Kristi. He is survived by his wife Dixie, brother Jerry (Linda), and sister Jean Bridge. Also his children Kim (Deanna), Kris (Gayle), and Kerry (Jarra), and 23 grandchildren and 23 great-grandchildren.

We would like to give our loving thanks to all the nurses, doctors, and staff that has provided his care.