Theater legend W. Vosco Call's final performance, a minor role in the LyricRep's 2016 production of "Arsenic and Old Lace," was one of many memories recalled during the recent Second Annual (Virtual) Vosco Call Spotlight Concert & Memorial.

LOGAN – If you think that an online tribute to one of the legends of Cache Valley’s theater community is probably just a glorified Zoom meeting, you couldn’t be more wrong. 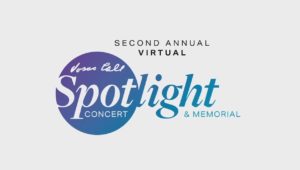 When more than 25 of the Lyric Repertory Company’s most talented veterans set out to memorialize their patriarch, W. Vosco Call, the result was nothing less than a work of art.

Given the technical and health safety constraints imposed by the coronavirus pandemic, the Second Annual (Virtual) Vosco Call Spotlight Concert & Memorial is admittedly not perfect. But a work of art – particularly performing art – doesn’t have to be perfect; it just has to be honest, heartfelt and vastly entertaining.

A link to watch the virtual concert is posted on the LyricRep’s Facebook page and is also available to watch on YouTube. Feel free to check it out … and enjoy.

A native of Cache Valley, Vosco Call had a renowned stage career prior to becoming one of the founding members of Utah State University’s modern theater arts program. He played an instrumental role in the acquisition and restoration of the Caine Lyric Theatre in downtown Logan and also founded the Lyric Repertory Company in 1967. Vosco died in December 2019 at the age of 91. 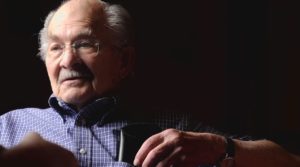 The virtual tribute to Vosco pieced together by the LyricRep’s staff operates on more levels than a freight elevator and all of them are thoroughly enjoyable.

First of all, the memorial highlights the triumphs of Vosco’s professional career with video clips and still photography. Many of the mostly black-and-white photographs are of Vosco in a myriad of Shakespearean roles and half the fun is trying to guess which of the Bard’s works is being shown.

Some are obvious, of course. There’s Vosco as a young-looking Hamlet and then a dramatically aged King Lear. Other images are more open to interpretation. But the concert’s final credits run over a dramatic Technicolor video of a middle-aged Vosco performing everybody’s favorite scene from “Cyrano de Bergerac” and it’s quite simply amazing.

The tribute also includes reminiscences of Vosco and performances by a number of the LyricRep’s finest vocalists. Some of that singing was recorded under less than ideal conditions and its sound quality is understandably flawed. But other performances are astonishingly good.

Lee Daily hilariously reprised his role as Sancho in “Man of La Mancha.” The husband-wife team of Vanessa Ballam and Stephan Espinosa recreated a beautiful duet that brought down the house in a local production of “Ragtime.” Belen Moyano delivered a dramatic rendition of “Skid Row” from the LyricRep’s production of “Little Shop of Horrors.” But Tamari Dunbar stole the show by selling a tune from “Funny Girl” so convincingly that she makes you completely forget Barbra Streisand.

Finally, there are videos of Vosco being interviewed about his career and cameos by his friends, colleagues and students explaining his impact on their lives. Those segments are not only wonderfully candid and touchingly funny, they also serve as a brief oral history of the Cache Valley theater community.

“ … Good night, sweet prince, and flights of angels sing thee to thy rest …”

The Second Annual (Virtual) Vosco Call Spotlight Concert & Memorial was also a fundraiser for the LyricRep, so hopefully this marvelous online production will tug on viewers’ purse-strings as well as their heart-strings.

You can see the virtual concert below: