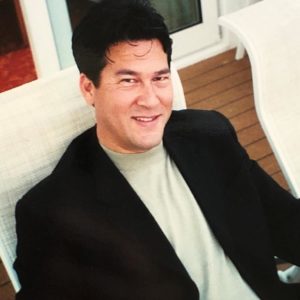 Charles was born in Coronado, California to Clinton Ray Jones and Motoko Kimura. He was the youngest of three. Leaving behind James Ray Jones and Jeannie McHenry-Durrant.

Charles went to Southwestern Jr. College, graduating in June of 1981 with two associates of science degrees. One in accounting and one in business. During his associates work he married Marla Michele Eide, March 1981.

Charles was a hard worker and also acted as a property manager, while he worked to finish his bachelors degree at San Diego State University. Where he graduated in 1985 with a bachelors of science degree in applied mathematics with and emphasis in computer science. After graduation and starting up his career they had 3 children.

Charles career started in San Diego with General Dynamics. He was offered a job with Word Perfect in Orem, Utah in 1991. Charles moved his family and had another child only a few months after. While working with Word Perfect, Charles and two friends started a new company called Teltrust.com. He worked hard and the company became a success. By this time Charles had 2 more children. Which shows Charles dedication to hard work and family. Also, a passion for his technology world.

After his divorce in 1999, he purchased a new home in Alpine, Utah. He was able to spend time riding his motorcycles and traveling. He spent time doing the things he enjoyed. He had 3 motorcycles and many toys. He and his friends, Shane, Clint and more would go enjoy their days. In 2001 Charlie remarried, Athena Johnson, they met at Clintʼs wedding in Park City.

During the first year of their marriage they traveled, spent time with Charlieʼs kids and enjoyed married life. Charlie started working at Innerlight Inc. in 2001. In 2004 they built a home in Woodland Hills and moved there. In 2008 the economy dropped and they moved into a condo in Orem, Utah. During all of these years, Charlie and Athena shared a happy marriage. He was her happy spot, her rock and her encyclopedia. He was a caring, gentle, loving, spiritual soul.

In 2008 after the move to Orem, Charlie’s health started to decline. He was born with HHT and had a large AVM on the top of the brainstem. This caused many problems for Charlie’s health. In 2014 Charlie had a surgery to remove water from the brain. This bought Charlie another 6 years of life.

“Although our relationship had changed. He was my friend. We experienced a rare and special love that many never share. We loved beyond a marriage. Our soul love, our friendship.

Times were trying and yet beautiful. I loved him and he loved me. I stayed with him through to the end. Our love was a once in a lifetime love and friendship. I will miss him until we meet again.

Goodbye is not forever. Goodbye is not the end. It simply means, Iʼll miss you until we meet again. Charlie, was a loving spiritual man who loved his family and friends. Everyone loved him and he will be missed. “