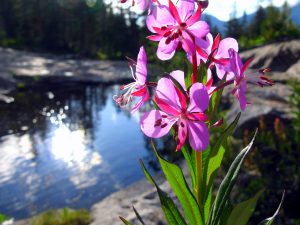 On May 2, 2020, after a long battle with colon cancer, Judy Lynn Whitaker Kay received the call to return to her heavenly home where she was warmly greeted by her father, Lloyd N. Whitaker; her brothers, Earl and Max; and father-in-law, Arlan Kay.

Judy was born September 9, 1965, in Brigham City, Utah, to Lloyd N. and Helen J. Whitaker. She grew up on the farm east of Bear River with her brothers and sisters. Riding horses with sister, Margie, was her favorite thing, other than riding horses with sister Margie. She did find time for education, however, and graduated from Box Elder High School in May of 1983.

Now, in that same merry month of May, on the 28th day, Brent Evan Kay, son of Arlan and Linda Kay, swept her off her horse and they were married. Shortly thereafter they moved to Hawthorn, Nevada, where he accepted work at a military base.

While in Nevada they were blessed with a beautiful baby girl, Laura. After several years they returned to Tremonton, Utah, where they worked in the onion sheds. Judy also worked long, hard hours in her yard, gardening and raising beautiful flowers. They eventually moved to Evanston, Wyoming, where she became ill.

Judy passed away at St. Marks Hospital in Salt Lake City, Utah, as Brent and Laura stood beside her.

We will sincerely miss this special spirit, her warm hugs and sweet smile.