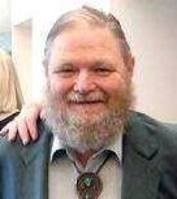 He was born November 20, 1949, in Irving, Texas, to the late Mitchell Lawrence Barker and Virgie Lee Price.

Tom was preceded in death by his parents and his younger brother, Robert William Barker.

Tom was proud to be a Boy Scout in his youth. Tom graduated from Irving High School in 1968 and years later enjoyed returning home to Texas for his high school reunions.

Soon after graduation, Tom enlisted with the United States Navy; he served in the Navy for four years. He was honorably discharged from the Navy in 1972, and upon returning to the states, he moved to Utah.

He lived in multiple towns in Cache Valley, finally settling in Newton. He worked for Hesston’s, Logan Manufacturing Corporation, and Dutro.

Tom had a chronic health condition, but never complained and in spite of his physical impairments, Tom always looked for ways he could serve others.

Tom will be remembered by so many by the warm hats-in every size-that he wove together and gave out generously. He shared his hats with Police Officers to keep in their trunks along with stuffed animals they could give to children in need.

He supported many organizations including the local library, the Fire Department, and the DUP. He served as a member of CERT, a team of people in the community, who trained to help people in an emergency.

During the holidays he provided many families with turkeys and hams. Tom donated hundreds of dollars to the food pantry every year. As long as his meager needs were meet, he used the remainder of his income to support others.

He enjoyed collecting belt buckles and doing puzzles. He also enjoyed the company of his cats named 9, 10, 11, and 12.

He will be missed by so many, he had a way of making people feel happy, he won the hearts of everyone he met.