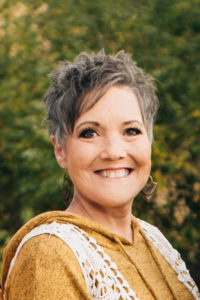 Debra Sue Austin Talbot, 58, passed away peacefully in her home surrounded by her family on April 10, 2020 after a long and courageous battle with cancer.

Debbie was born on August 25, 1961 to Clair and Jeri Austin.  She grew up in Weston, Idaho and attended school in Dayton where she enjoyed being involved in rodeo and drill team at West Side.

She married Gordon LaVern Talbot on December 15, 1978.  Their marriage was later solemnized in the temple of the Church of Jesus Christ of Latter-day Saints in Logan, Utah.  Gordon and Debbie made their home in Winder, Idaho.

In 1986, with three young children – Tyler, Tera, and Jamie – Debbie was diagnosed with non-Hodgkin’s lymphoma and through rigorous treatment was able to survive and the cancer went into remission allowing her to continue to raise her kids.  Soon after going into remission, Hailey was miraculously born in 1989.  Gordon and Debbie thought that their family was complete, until 2002 when they had a distinct impression that it wasn’t.  They were able to add their youngest child to the family when they adopted Skylee from the Marshall Islands.

For 15 years, Debbie was employed at Pepperidge Farm in Richmond, Utah where she made lifelong friends.  In the year 2000, she had the opportunity to change jobs and began working as a pharmacy technician at Larry’s Family Pharmacy in Preston where she loved interacting with customers.  Her co-workers there became her “sisters for life” and she looked forward to each day working with them.  Debbie was devastated to leave Larry’s in 2015 because of another cancer diagnosis.  This time she began her fight against leukemia.  And she never stopped fighting.

Heavenly Father blessed Debbie over and over again in the past five years that she worked with doctors to extend her life.  She endured excruciating days and nights, even living temporarily in Salt Lake after a bone marrow transplant, all so that she could have more time with her husband, kids, and grandkids.  Debbie showed grace, strength, faith, and courage.  People often commented on her positive attitude, laugh, and sense of humor even through it all.  Her testimony grew exponentially during this process as she exercised faith in the Lord, and she passed her love for the gospel of Jesus Christ to her family.

Throughout their life together, Debbie often commented how grateful she was to have Gordon by her side, encouraging and caring for her.  She was proud of each of her children and grandchildren and they were so very proud of her.  She was a fun-loving grandma who loved to play jokes on her grandkids.  She was a very active member of the Church of Jesus Christ of Latter-day Saints and she accepted many callings and fulfilled her responsibilities as best she could.

Due to the current restrictions being implemented, no formal services will be held. Because there will not be physical interaction with those of you who loved her, Debbie’s family strongly requests that you write and send your favorite memories and stories about her to debsmemories4us@gmail.com

Condolences and memories may be shared with the family at webbmortuary.com