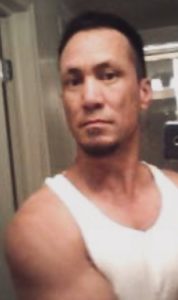 Frankie John Dyer passed away on March 24, 2020 in Salt Lake City, Utah. He was 52 years old. His family members consisting of sister Tina Clair, brother Robert Dyer, sister-in-law Carol Dyer, and cousin Jimmy Afourkeeff were near his bedside at University of Utah Hospital shortly before he left to be with the Lord.

John was born at Hill Air Force Base, Utah, on November 4, 1967 and was the son of Robert D. Dyer and Carmelita A. Dyer. He went to Clearfield High School and lived most of his life between South Ogden, Bear Lake and Salt Lake City. He was a Tile Master and was a sought out skilled professional in his trade. His artful masonry work was creative, beautiful, and truly functional artwork on domestic display.

John was an avid fisherman and loved to pass time fishing on Weber River or Logan Canyon with his bother Robert. He was an amazing uncle to his nieces and many of Nina’s early years were hanging out with Uncle John. He enjoyed the wilderness and camping, and always looked forward to the summer camping trips to Tony’s Grove, Bear Lake and Pineview Reservoir. He also loved going to Idaho and Wyoming for fishing, camping, and enjoying the outdoors.

John was gentle man and is most remembered by his kind spirit, loving nature, and his warm smile. He strived to bring happiness and warmth to those around him.

He is survived by his brother Robert Dyer, sister Francine Smith, sister Elaine Kilpatrick, sister Terrie Milne, and sister Tina Clair. He was proceeded in death by his mother Carmelita Pendergrass and his father Robert D. Dyer. He will be laid to rest next to his father, Robert D. Dyer.

Frankie John Dyer will be buried at the Leavitt’s Mortuary at an undetermined date.

Condolences and memories may be shared with the family at leavittsmortuary.com