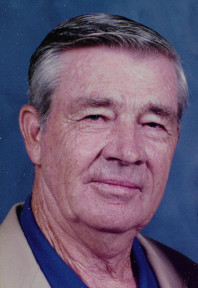 Carl was born Wednesday, December 22, 1926, in Salt Lake City, Utah, to Aaron Perkins Leishman and Harriet Christiansen Leishman of Wellsville, Utah. He spent most of his childhood in the small farming community of Wellsville working on his father’s dairy farm.

After a 15-month stint in the U.S. Navy at the very end of WWII, he went on to graduate from Utah State University in 1950. Carl was commissioned into the U.S. Army on graduation day and served for 30 more years.

Carl was married in 1951 in El Paso, Texas to who would become his lifelong love of 67 years, Florence Turrentine Leishman. Florence was born in Crane, Texas in 1930 and grew up in El Paso, Texas. They were a partnership that traveled the world and raised two sons and a daughter.

Both avid golfers, they retired to Hawaii in 1981, where they enjoyed years of friends, family, and life and then moved to Albuquerque, New Mexico in 2002 to be closer to family.

Carl was a consummate professional soldier. He deeply believed in the principles he represented and fought for and he had an ingrained respect for family, community, the nation, and for those that came before him.

A private Memorial Service will be held by the family to celebrate the long and loving times of a life well lived. They will both be missed. Interment will follow at a later date at the Santa Fe National Cemetery.

In lieu of flowers, memorial contributions may be made to the Wounded Warrior Project, PO Box 758516, Topeka, KS 66675.