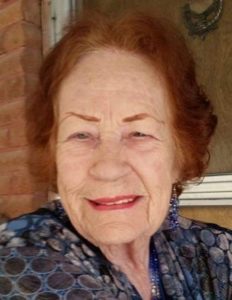 Dorothy was born in Bear River City in her grandmother’s house on Mother’s Day, May 14, 1922 to John and Edith Holland.

After growing up in Bear River City and Brigham City, Utah Dorothy married Henry Bessinger. They had four children together: Scott, Diane, David and Linda. They were divorced and Dorothy raised her children alone.

She married John Bessinger on April 12,1952 in Evanston, Wyoming. She was later sealed to John in the Logan Temple on November 16, 2006 with Sam Bessinger acting as proxy for John. She became step-mother to John’s sons Terry and Sam. Although they suffered many of the problems found in blended families, they were united by the same last name.

She and John ran Dot’s Lounge in Tremonton, Utah for 18 years. Through Dorothy’s hard work her bar was kept spotless and boasted a bar menu of her delicious home-made food. The food and atmosphere of Dot’s Lounge drew customers. But people mostly went to the bar because of Dot, herself. Upon meeting Dorothy, most people were forever charmed by her lively personality and many of Dot’s customers became lifelong friends.

Dot and John had a long and adventurous marriage. They loved traveling to Alaska and Canada each summer in their RV. They fished and Dorothy canned the salmon. They brought home cases of fish to share with friends and family. They built a cabin at Bear Lake which was the hub for recreation and hunting for their family for many years.

Dorothy was very creative. She had many hobbies. In addition to being a great cook, Dorothy loved to can fruits, vegetables and jam. She crocheted afghans, made many beautiful quilts and knitted hats.

Dot and John were blessed with fifty years of marriage. After John passed away, Dorothy returned to her roots and her heritage by finding comfort in the Church of Jesus Christ of Latter-Day Saints. She loved worshipping, serving and the sisterhood of women in the Church. She received joy by being part of a group of grandmothers known as the Golden Girls.