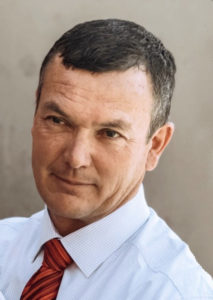 Brian Lynn Law, age 51, lost his courageous battle to cancer and passed away peacefully, surrounded by his family, at home in Brigham City on Sunday, March 1, 2020.

Brian was born to Bliss and May “Elaine” (Smith) Law in Brigham City on April 8, 1968. He was an Eagle Scout and lifelong member of the Church of Jesus Christ of Latter-Day Saints. He graduated from Box Elder High School in 1986 and married Kristy Lynne Gates in the Logan Temple in 1987. They raised three children together and later divorced.

Brian was a compassionate person. He always strived to serve all those around him, especially his family. Brian was a devoted father and grandfather of seven.

Brian worked at Autoliv in several positions for over 25 years and recently earned a mechanics degree. He owned a yard care business for years, serving many people in Brigham City area. He was an incredibly hard worker and a jack-of-all-trades. There was nothing he couldn’t fix.

Brian was a thrill seeker and enjoyed sky diving, hunting, scuba diving, and hiking in the mountains with his dogs. He spent countless hours out at River Bottoms Hunting Club, which held a special place in his heart. He enjoyed hunting and used his dogs to guide hunts for others to enjoy.

He touched the lives of all those he came in contact with and will be missed by many. This is especially true for his fiancé, Terri Davis, who also brought an abundance of joy to the last year of his life.

We would like to extend a special thanks to Intermountain Hospice for their generosity and outstanding care.