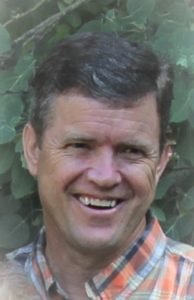 Anthony (Tony) Dee Abrams, age 60, of Rigby, Idaho passed away peacefully at home surrounded by his family on February 23, 2020 after a long and valiant battle with heart disease. Tony was born in Preston, Idaho on January 24, 1960 to Dean and June Abrams.

Tony came into this world full of joy. He continued to share the love of life through a quick joke, teasing, and was always able to bring love and laughter into any conversation. He used his humor to teach goodness, endurance, self-respect, and love to others. Tony understood that one of the greatest gifts he could give to others was the joy of laughter, love of family, and committed service to all. He graduated from Preston High School in 1978.

Following Tony’s graduation from Preston High School in 1978, he served a two-year mission for the Church of Jesus Christ of Latter-day Saints in Dallas, Texas. Upon returning home, he married his sweetheart and eternal companion, Jackie Lyn Baxter, on April 24, 1981 in the Logan, Utah Temple. Together they were blessed with five beautiful children.

Tony worked in the furniture industry where he excelled as a salesman and manager. He graduated in 2012 from Brigham Young University-Idaho with an associate degree with an emphasis in education. After health challenges, Tony gained an extreme passion and talent for teaching children with special needs throughout the Jefferson School District.

Tony’s greatest joy in life was being a husband, father, and grandfather. Tony loved spending time with his family and was immensely proud of his children, their spouses, and his grandchildren. He loved telling people about his wife, children, and 28 grandchildren, He was a proud “Army Dad”. In his spare time, he enjoyed riding horses with Jackie, working on their land, and traveling to see his children and grandchildren. In his last days, he told his grandchildren, “Be a good kid, love your parents, serve a mission, and marry someone who makes you a better person.”

Condolences and memories may be shared with the family at eckersellfuneralhome.com