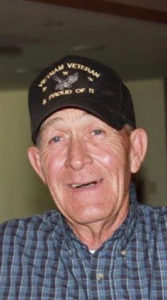 Papa Don peacefully passed from this earth on February 23, 2020, surrounded by his loving family.

Don spent his early years around Ely, Nevada a place that remained close to his heart. Don and his two sisters, Linda and Judy, traveled much of the world with their parents, including Peru, where his education included fluent cursing, Spanish Style.

In high school his family settled in Montpelier where Don fell in love with the mountains and country and its been his home ever since. When his family moved on Don chose to stay in the valley that he loved, working tirelessly to support himself. He had a few kind friends that welcomed him in, and they have remained friends to this day.

He graduated from MHS in 1962. Went to College at UNLV before moving back to Montpelier and marrying his first wife Vickie Johnson.

In 1966 Don was Drafted to the Vietnam war. In a time where it was cool to burn your draft card, Don stepped up and served his country honorably in the US ARMY 9th Infantry Division, where he was quickly promoted to Sargent. Fearlessly leading his men into combat on the front lines of the Vietnam War in 1967-1968. He was awarded the following honors: Purple Heart, Bronze star, Silver star and two oak leaf clusters. The war changed the course of his life.

Staying true to his values, when he came home, he refused to wear civilian clothes through the airport even at the risk of being spit on, Stating “I have served my country well, and I’ll be God dammed if I stop now.” He remained a patriot till the end of his life, serving as commander of the VFW post 3884 for several years and retiring in 2019. Any time Don saw a Vietnam veteran he made a straight line to them, shook their hand and said, “WELCOME HOME BROTHER!” Don enjoyed many years with his brothers at the Annual.

Anyone who knew Don knew he could be found driving around town with his dogs and was always welcoming with a mint and a cup of coffee.

He is preceded in Death by his parent Charles C. Johnson, and Helen Burch and his brothers in arms.

Continuing the spirit of Dons charity, an account has been set up at Advantage Plus Credit Union and the funds will be donated to youth in need.

Condolences and memories may be shared with the family at matthewsmortuaryidaho.com