SMITHFIELD – Five teams from Region 11 were in action during the second round of the 4A boys basketball playoffs Friday night. Logan was the sole team to have played earlier in the week, not having a first round bye. 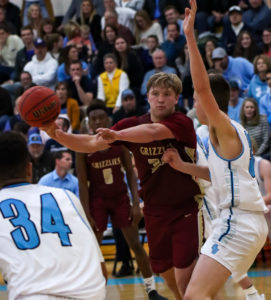 Two of the Region 11 teams squared off against each other, in a region rematch: Sky View vs Logan. Much like their previous two outings in region play, the Bobcats took care of the Grizzlies by double digits in Smithfield, winning 76-38. Sky View dominated Logan early defensively, allowing the Grizzlies only a handful of buckets (6 points in the first quarter, 7 in the second). Sky View really pulled away when they outscored Logan 32-12 in the 4th.

Mirroring what Sky View did in their 2020 playoff debut, the Ridgeline Riverhawks dominated Cedar Valley in Millville, defeating them 72-42. The Riverhawks held the Aviators to single digit scoring in both the first and second quarters – allowing only 5 and 8 points respectively – and led 36-13 at the half. 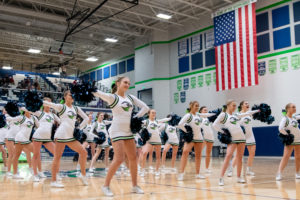 Green Canyon made the trip to Tooele County to face Stansbury and defeated the Stallions 59-44. Led by McKay Yorgason, the Wolves attacked the Stallions early in the first quarter, played even through the middle of the game, then pulled away in the fourth.

Bear River had the longest bus ride of all the Region 11 teams but will be coming back to Northern Utah empty handed. The Bears fell 81-67 at Hurricane. After leading by one at the end of the first quarter, it was all Hurricane Tigers through the rest of the game.