“I would like to thank God, my family, inner circle and all the schools/coaches that recruited me during this process,” McEwen posted on Twitter Sunday, April 22nd. 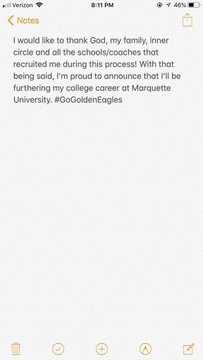 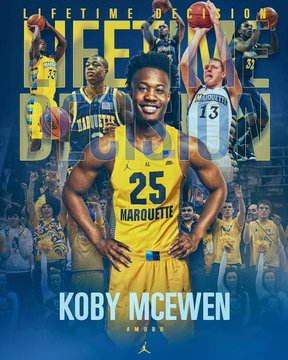 The announcement comes less than a month after McEwen announced on March 30th that he had been granted a release from the Aggies and would “pursue athletic and academic opportunities at another institution.” McEwen was granted his release barely a week after USU announced the hiring of Craig Smith as its next men’s basketball coach. According to sources, McEwen had turned in his transfer request before Smith had been named as the next Aggie head coach.

A native of Toronto, Canada, McEwen played high school basketball at Wasatch Academy in Mount Pleasant, Utah and is regarded as one of the highest-rated recruits ever to sign with the Aggies in the modern era. The 6’4″ guard was the Mountain West Conference Freshman of the Year and over his sophomore season with the Aggies led the team in rebounds and assists while averaging over 15 points a game.

The combination of guards McEwen and Sam Merrill made USU’s backcourt one of the best in the Mountain West. The teammates both began their careers at USU at the same time. It is only fitting that Merrill would send a congratulatory message on Twitter Sunday evening (which McEwen quickly replied to). 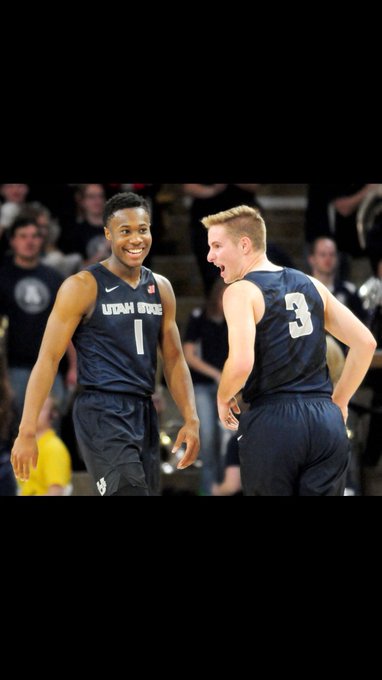 Congrats to my bro @TheTrueOne1_ for committing to Marquette! One of the hardest workers I know #M&Mforever

Marquette is coached by Steve Wojciechowski and has a coaching staff with ties to the state of Utah. Associate Head Coach Stan Johnson played collegiately at Southern Utah and was on the University of Utah coaching staff the year the Utes earned a 5 seed at the NCAA tournament in the 2008-2009 season.

A member of the Big East Conference, the 2017-18 Golden Eagles finished 9-9 in conference play and 21-14 overall, finishing tied for 6th in their conference but making it all the way to the semifinals of the NIT.

Per NCAA rules, McEwen will be required to sit out the upcoming 2018-19 basketball season before resuming his basketball career as a junior at Marquette.